For several reasons, lamb just isn’t one of my favourite meats out there.

I’m just not a fan of how overpowering the taste of the meat can be, I dislike how not versatile it is but most of all I HATE how it can only be eaten fresh and hot. Once lamb cools and the fat congeals on it, it makes me feel sick.

[I do not claim to be the authority on lamb, and obviously you may have experienced differently, but for the most part, I said what I said]

There are only two times when I can be quite partial to lamb: Turkish (or other Middle Eastern) cuisines and in Caribbean food.

I used to live in a part of London that is notorious for its abundance of Turkish restaurants. During one of my numerous visits to the establishment that was at the top of my road, I begged the chef (who I was on friendly terms with) to give me the recipe for their Lamb Ribs and despite how much I shamelessly flirted, pouted and batted my eyelashes, he refused to part with it, stating “if I gave it to you then you’d never come back”.

I’ve since moved from the area and haven’t had a chance to eat Turkish food in a little while. So I really wasn’t all that surprised when I got a craving recently for Lamb Ribs. I just knew I’d have to recreate it as best as I could given the circumstances. They taste nothing like how the Turkish do it, but they were still pretty damn good if I do say so myself. 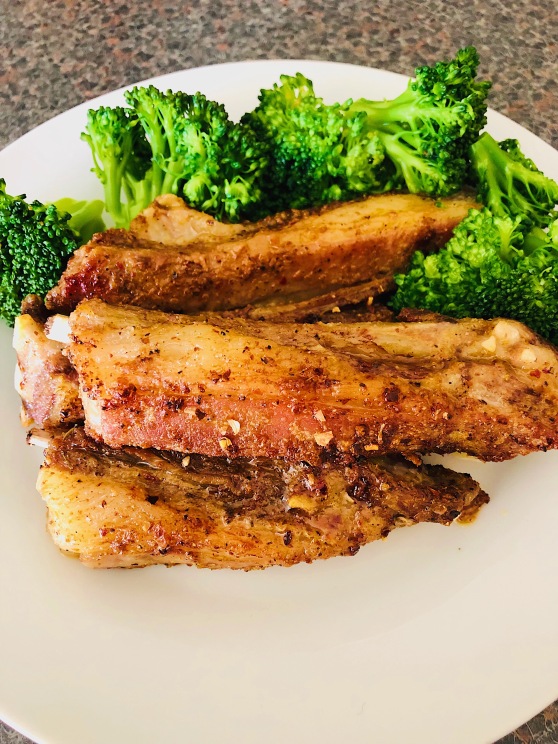 Extra tip: as an extra step, season the ribs with some of the garlic and salt and sear them under high heat on a griddle pan before rubbing the paste on them and putting them in the oven to finish cooking.

Follow What My Soul Wants To Eat on WordPress.com

Tweets at a glance…

Insta at a glance...